As you all know, Moto G is the new budget friendly smartphone which is selling like hotcake. For $199 (16GB) it is really a bargain. Not to mention, I was tempted too! My first smartphone was Motorola Atrix 4G, which was the first dual core smartphone in the world. That time this thing was a beast with a dual core 1 GHz processor and 1GB RAM. However, time has changed. Android has upgraded and the smartphones are asking more power to run smoothly. I think it was time to upgrade. So I’ve ordered a Moto G from Amazon which has already shipped to my aunt in US today.

Why I chose Moto G?

It’s simple. If you are short on budget and still want to get a decent performance from your smartphone, there is no other smartphone which comes close to Moto G. Even the build quality, the 4.5inch big display with 319PPI, Quad Core 1.2 gHz and a decent battery life with Android Kitkat. What more do you want from a $199 smartphone?

Let’s see what Moto G packs under the hood. Moto G, packs a pretty powerful quad-core Snapdragon 400 Cortex A7 clocked at 1.2 GHz. With Adreno 305 GPU and 1 GB of RAM this thing is capable of handling all games and pretty much hardcore multitasking.

Not only specs, Moto G actually performs far better than its specs

Specs are not the only thing which caught my eye. I thoroughly watched the Moto G presentation in YouTube (which you should watch)

Crazy Optimizations Under The Hood

You know what iPhone 5S have? A Dual-core 1.3 GHz Processor & 1GB RAM. How they hell it outperforms all those spec giants like S4/HTC One? It’s optimization to the core.  And it happens, the software leader of Motorola, Punit Sony & his team have just done it. With these crazy optimizations, Moto G outperforms Galaxy S4 in certain areas. 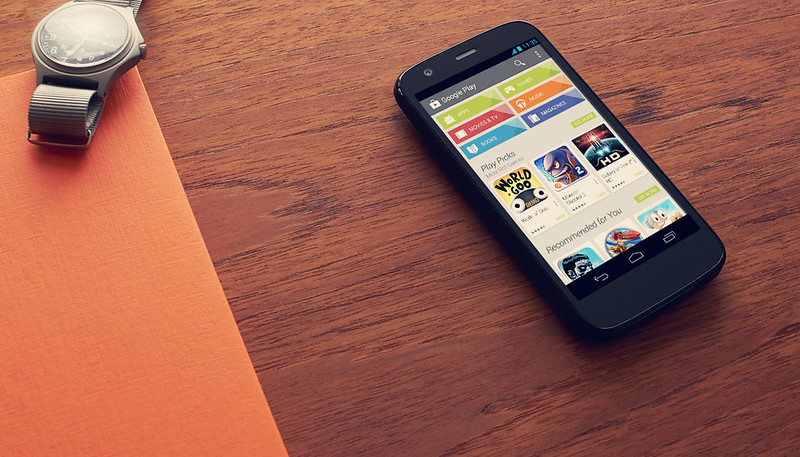 Moto G was able to outperform expensive phones. Atanother point on the video they give another specific number when saying the Moto G have longer battery life than the iPhone 5s (talk time).

In short Moto G runs stock Android with great optimizations that really results a better performance from the specs. The device already got Kitkat proving Motorola is dedicated about this smartphone. Kitkat improves the perfromance even more as Kitkat is itself is optimized for lower resources. 🙂

If photography is your thing, you shouldn’t really look for Moto G. Get a Lumia 1020.

Moto G takes decent photos though. Before Kitkat, there was complains about the camera. However, Kitkat update has drastically imrproved the camera. Take a look at this beautiful photo gallery. All photos are taken with Moto G

Moto G packs 2070 mAh. Moto G can give out more than a day of battery life with average use. How? Again, Crazy Optimizations! For example, that’d be a rare occasion for a Nexus 4.

I was really confused about Moto G and Nexus 4. However, I’m glad I’ve chosen Moto G. Punit Sony, the software development manager said, “When Google quality software and Motorola, the company which invented mobile comes together, you can expect magic.” That’s really started happening with Moto G. And I’m pretty happy that I chose Moto G over Nexus 4. Saved me $100 and still performs better than Nexus 4 in most of the categories. 🙂

Loved the article? Why not let me know too? Cancel reply