After a long debate, various confusing news & articles we can finally say, pirated Windows 7 users are getting free Windows 10 upgrade too. How to reserve your Windows 10 copy for free? Read along!

Windows 10 – Free for pirates? Too Good To be True?

The confusion began when Microsoft Windows boss, Terry Myerson said in a phone call that all eligible PCs which run Windows 7, they’re looking to upgrade them. However, tech blogs like PCMag, The Verge instantly interpreted this message as “Pirates are going to get free Windows 10”

“We are upgrading all qualified PCs, genuine and non-genuine, to Windows 10,” he said in a telephone interview with Reuters. The plan is to “re-engage” with the hundreds of millions of users of Windows in China, he said, without elaboration.

However, recently, there were clarification that pirate Windows users will not get any free Windows 10 upgrade as they were back pedaling their own statement. Nonetheless, we thought to give this confusion its own run and the results are surprisingly positive. We figured out that anyone with a pirated copy of Windows 7 can actually reserve a free Windows 10 copy. If you want to enjoy genuine Windows 10 for free read how to get it.

Windows 7 Pirated Users Are Getting Windows 10

Despite those articles, we wanted to give a full run how this thing would work. For that, we took a Windows 7 PC with following configuration

The procedure is quite simple. Just install any version of Windows 7 SP1 (Ultimate/Home). Activate with Daz Loader. Do all the Windows Updates. And voila! You’re eligible now! As easy as pie!

PCs Activated with Daz Loader are getting the upgrades

After activating with Daz Loader, with all updates installed, we couldn’t wonder but notice that the upgrade notification is back. 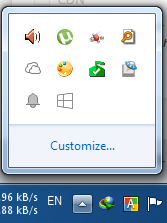 After clicking the Windows icon, we could easily reserve our free upgrade via this screen. 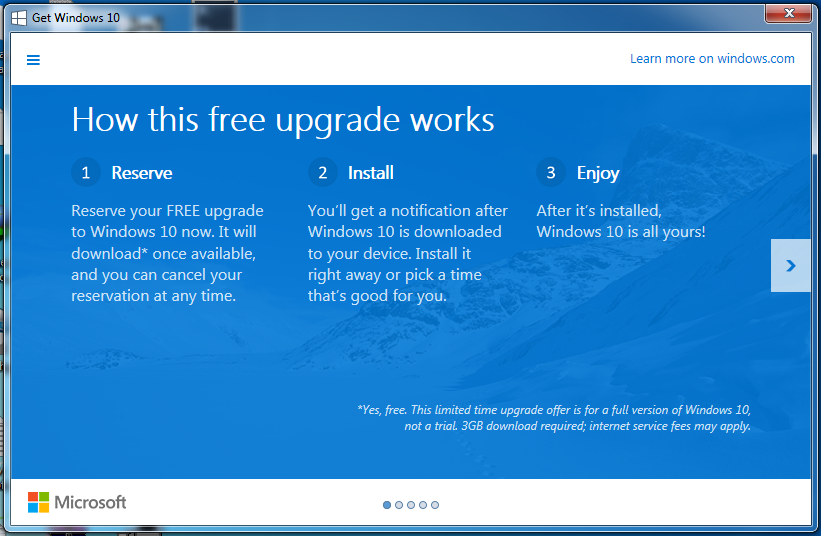 Microsoft’s Gabe Aul also confirmed all Windows Insiders will also get free Windows 10 upgrade. That’s another way to get free Windows 10 if you really don’t want to pay. There are a handful of pretty good reasons why Microsoft ist taking the risk to update all pirates to Windows 10. The major reason is to make a harmony & remove fragmentation between all Windows users. Microsoft wants one Windows in everyone’s PC & that is Windows 10. Given that, it’ll greatly improve their overall software strategy since Windows 10 supports Universal Apps & Windows 10 itself is “SaaS” (Software as a service). Microsoft wants to remove the fragmentation of Windows XP, Windows 7, Windows 8/8.1. Microsoft wants only one version of Windows in the market. To make it happen, they’ll leave no stones unturned.

Loved the article? Why not let me know too? Cancel reply