Microsoft Windows either you hate the name or love the name, you can’t ignore it. There are billions of people using it right now. (I’m also using it to write this post on my blog). Anyways, Microsoft’s next Big Thing is Windows 8.

Likewise, those are the major features of Windows 8. However, there are some many small improvements under the hood of Windows. One of that is Microsoft including a new font for Bengali people all around the people. This may not make news on websites like TechCrunch or Mashable. Nevertheless, I was interested profusely to let our Bangladeshi people & Bengali people all over the world. 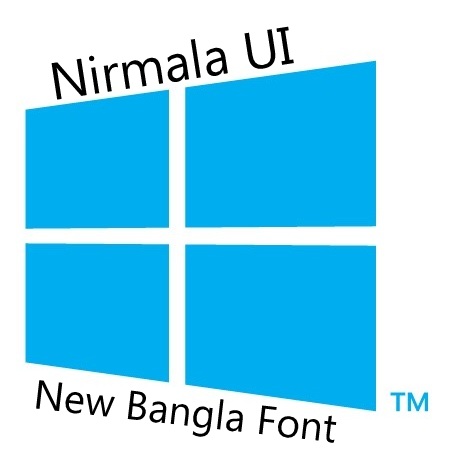 Nirmala UI – Looks What You Expect

When Apple included 2 new Bangla fonts on Lion, it was Microsoft’s turn to do the same to be on the competition. They’ve done & woww! It’s better than Apple or Google. It’s one of the best for Bangla & it loooks sooo coooool!

Let me show you guys a screenshot 🙂

I haven’t seen such awesome fonts by any Bangla font developer company, Apple or Google. Microsoft has done the best job in their Bangla font history.

The font is default in Windows 8 Metro Apps. So you don’t have to set it via Font Fixer or any 3rd Party apps. It just works  (y)

For those who want to try this awesome font right now, You’ve to Download the Latest Release Preview of Windows 8 which is available for free on Microsoft Website. Sorry So test it out just by installing Windows 8 now. 🙂

Before you download the preview, you should weigh the pros and cons of installing software that’s still in development. If you install the preview release, you’ll get to try out the new font, but you might also encounter errors that you wouldn’t encounter using a released version of Windows. So I don’t take any responsibility if anything doesn’t work.

You can download the preview of Nirmala UI from here.