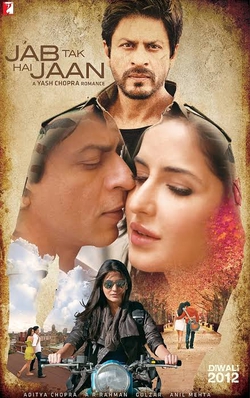 Jab Tak Hai Jaan is an upcoming film by Yash Chopra & Shahrukh Khan. There was a poem recited while the trailer was released. (Check youtube.com/yrf for more).

So our favotire Udashin da at Projanmo made the very best Bangla translation of this poem. I’m sharing it via this image. 🙂