WordPress is one of the best CMS right now in the world. It’s easy, fast and easy to customize. There are also millions of themes and plugins available for WordPress. However, learning WordPress from the beginning can be hard. I have prepared a small step by step learning syllabus which you can follow to up your learn WordPress free gradually.

Just follow these tutorials and you would be able to slowly grasp the context of CMS, WordPress and how WordPress has changed the game for the web industry. About 30% of websites nowadays use WordPress to power their websites including top names like BBC, Microsoft, Facebook, Mercedez Benz.

If you find yourself thinking why should I use WordPress? then you’ve come to the right place. You have taken to ask this question that means you have at least some knowledge on WordPress. But that doesn’t mean you’ve completely learned the ins and out of WordPress.

Therefore, we’d like to break down the benefits of using WordPress for you and give you a complete tutorial list to learn WordPress free of charge.

8 Reasons to Choose WordPress as a CMS

Everything from Wix has wonderful tools for certain skill levels, but we’re going to explain why you should use WordPress over all of them.

Also, you need to choose a great web hosting to run WordPress like a pro. Learn the basic difference between WordPress Hosting vs Other Hosting

Outlook supports the facility of configuring multiple profiles and provides services for several accounts held by the same person. In some cases, you may feel the need for having a unified mailbox that contains all the data from several individual accounts. 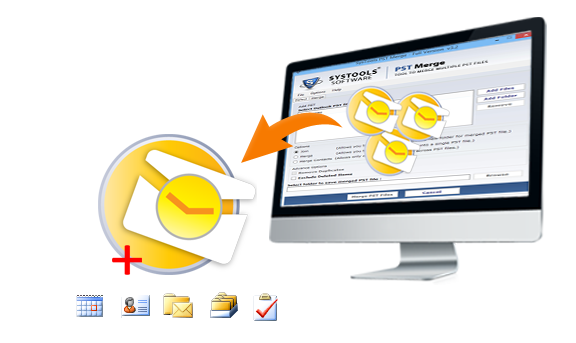 This would make handling of information much easier as all the contacts, emails, tasks and other data would all be under the same roof.The versions of Outlook prior to 2010 delivered emails from several POP3 accounts to a single .pst file and mailbox. But this feature became obsolete for Outlook 2010/2013/2016.

How to Combine Outlook 2016 Inboxes

Like every other solution to a problem, this one too has two approaches viz Manual and Automated.

Firstly we’ll discuss the manual approach to combine Outlook 2016 Inboxes into a single one. 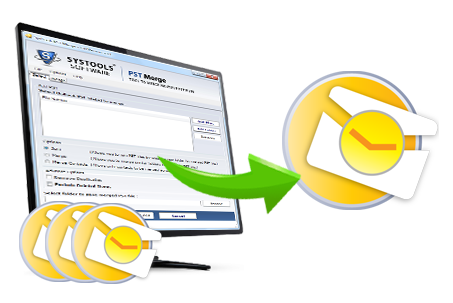 Change the Path of Delivery

To bring back the feature of consolidated .pst files which were present in previous versions of Outlook you need to change the destination path where emails are delivered for an account.

For performing this task, follow the simple steps as below:

After you have changed the path of delivery you can remove the previously set empty .pst file in the following way:

Despite having manual methods to merge multiple PST mailboxes there exists a simpler alternative.This is in the form of third party tools which lend a helping hand to make the process a lot simpler.

These tools are capable of combining multiple .pst files into a single one to ensure that all data is present at a single place for better handling.

This tool is a third party software package that provides an automated and simpler way to merge the data from different accounts belonging to a single user on Outlook 2016.

The tool has a number of outstanding features that make it a highly preferable option for keeping data from different accounts in a single place.

Productive Features of the Tool

The PST Merge Tool has an exciting range of features that assist users in creating a common file which contains all their data(emails, contacts, calendars) from different mailboxes.

These features are described as under-

This file contains a folder for holding the data of both the combined Outlook PST files.

For example: If you have two email accounts like Gmail and YahooMail configured on Outlook and you wish to have a single PST file for both rather than separate files then you can use this feature of the tool.

This means that similar folders such as contacts folder of the first PST file and also contacts of the second PST are combined to form a new .pst file that contains contacts from both the files.

In other words, the user obtains a new .pst file that has a contacts folder which possesses all the contact information from the different Outlook mailboxes.

If you only want all of your contacts at a single location and don’t wish to integrate every type of data from your different accounts, you can perform selective merge of contacts as well.

The result obtained after the process has ended will be a new PST file that holds a contacts folder that includes the complete set of contacts from both the accounts.

The process of combining multiple Outlook Inbox can be done manually but it takes up a lot of effort and time. For avoiding hassles involved with the manual approach a third party software such as the PST Merge Tool can be used.

It’s highly useful set of features and intuitive user interface makes it very easy to utilise and to carry out merging of data from different Outlook inbox.

He is a data recovery expert who works as freelancer technical blogger. He has been in the Data recovery industry for 10+years and specialized in data recovery solutions & data management techniques. He researched on various email client issues & now willing to share information among people through the Web.

Occasions of happiness bring lots of joy factors to get out of the dull and busy routine life and experience the wonders of the world. Black Friday is one of those precious days that add luminous hue and enhance the opportunities to meet your folks. Following Thanksgiving Day, Black Friday appears at fourth Friday of November each year, pretty well famous as the initiator of Christmas shopping season. If you are shopaholic and wondering to grab the astonishing offers for purchasing your desired goods then divert all your intentions towards the services of Kaymu on Black Friday 2015, as this is the sole online marketplace that will understand your needs and ship your special choices.

What is Kaymu Bangladesh offering on Black Friday?

Each person has a unique choice regarding what to wear, what to eat and how to decorate the house. Kaymu Bangladesh keenly considers each and every requisite of the natives and every year it prepares the inventory of products that is highly significant for everyone. 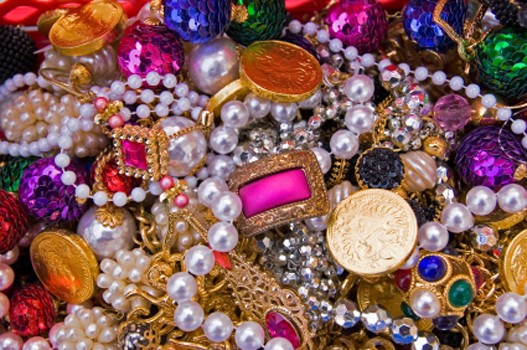 You might be thinking of wearing distinctive jewelry item to stimulate your mood or attending someone’s wedding. Bracelets, rings, necklaces and earrings all the awe-inspiring ornaments that every woman needs. Kaymu deeply ponders on what you should wear to add splendor to your personality. 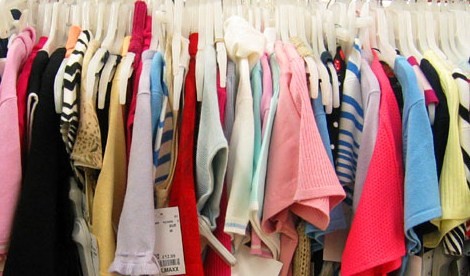 Tops and jeans form a perfect match. The light, beautifully printed and fascinating shirts removes the burdens from your life and give a confident and chilling effect. Kaymu is surely bringing the wildest array for everyone on this Black Friday. 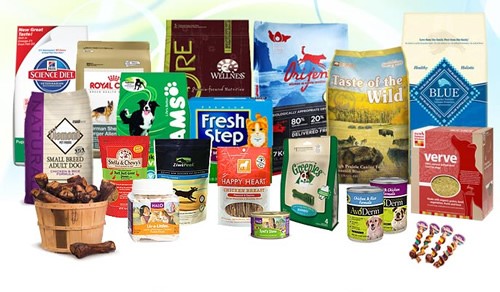 Are you having a pet and waiting for the perfect wares for it with perfect prices? Then you are reading the right blog. Because you will get an insight of an online marketplace that is made for you. Kaymu Bangladesh is proposing the diverse pet apparels, pet food and pet accessories.

Moreover, there are numerous other classifications that will be opened on this substantial occasion encompassing stationery, home appliances, kitchen equipment, electronics like mobile phones, televisions, LCDs, calculators and tablets, office supplies and decoration materials. 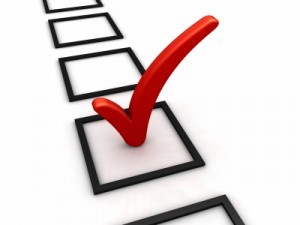 Kaymu knows how to be a successful marketer and captivate the customers with fascinating offers. You don’t have to wait for longer periods of time to get space inside the markets or negotiate with the salesperson for discounts and merchandise quality because of the online conveniences. But you certainly have to perform few of the effortless steps to get what you want. By trusting the amazing cash on delivery facility of this online service provider, just focus on the following points soon after the Black Friday Sales opens.

So, don’t forget to place an order of your favorite product on this Black Friday 2015 to enjoy the occasion and marvelous services of Kaymu Bangladesh.

Step 1 – Getting Rid of Shortcut Virus

To remove shortcut virus you just need a very handy tool name USBFIX to download. Their server sometimes got down, so I decided to upload the latest version here. It’s totally free and no adware and malware.

How to Remove the Autorun, Shortcut Skypee Virus

Just download the software (see above), and run, it will install a tiny bit software. The Interface is just like this. How to install Malwarebytes Anti-Malware

3. Click the Download Now button if the download does not begin automatically.You may see a dialogue box at the bottom of your browser window asking if you want to save or run Malwarebytes Anti-Malware. Click “Run.”

4. Select the language of your choice and click “OK” when the “Select Setup Language” dialogue box appears.

5. Click “Next” when you see the “Malwarebytes Anti-Malware Setup Wizard” window.

6. Select “I accept the agreement,” then click “Next,” when you see the “License Agreement” dialogue box.

7. Click “Next” when you see the “Setup” dialogue box.

10. Click “Next” in the “Select Additional Tasks” dialogue box. Select the options you want.

How to scan your PC with Malwarebytes Anti-Malware

1. Click “Scan Now”in the screen that appears when you run Malwarebytes Anti-Malware the first time. Before the scan begins, the application will check for updates to the malware database.

2. Pay attention to the “Threat Scan” screen while Malwarebytes Anti-Malware scans your PC.

3. Select “Apply Actions” once Malwarebytes Anti-Malware has finished the scan. You can choose to “Ignore” or “Quarantine” each piece of detected malware.

5. Click on the “History” tab to view quarantined items.

7. Click “Delete All” to select all items in Quarantine.

9. The Quarantine screen will then be empty.

10. Restart your computer to complete the malware-removal process.

It will be really ungrateful if I can’t mention the developer behind this tiny useful software. Keep tuned with us and ask anything you wanted.

The Final Dose – Cleaning Infected Folders with a Linux ISO

Your PC is now free from anytype of shortcut Virus including Autorun Virus and Skypee Virus and AutoItV3.exe

So you want to use GP internet for free on your PC. There’s a lot of tricks are our there but most of them are outdated and does not work. We have a way, you can use GP Internet free. If you are short on money, and try it, let’s follow through!

1. Activate any GP internet package you like. It can be pay as you go or any other package.

4. Change proxy and port of your browser.

5. If you want to download with IDM, change the proxy and port of IDM too.
Let us know if it works or not in comments/