E-commerce is continuously and constantly engulfing the entire world into its wings. All the developing countries, though late comers, have entered into this territory. Bangladesh is no different. It is speedily being consumed by the emerging online shopping communities. The trend is majorly in vogue because of the increasing number of internet subscribers and internet penetration. By now, there are more than 40,800,000 internet users and the internet penetration is around 25 percent – which is quite impressive. The number of internet users and people involved in ecommerce activities are mostly clustered around the major metropolitans like Dhaka and Chittagong.

Amidst the emerging online marketing and shopping industry, appeared Kaymu – which is the premium online marketplace in Bangladesh and in countries abroad. It took a bold step by compiling a report with regard to the country’s ecommerce industry. The report shows some of the interesting and much needed facts about the region’s ecommerce landscape. Among many other data, it imparts some basic knowledge regarding the technological equipment and operating systems used by the users while conducting online shopping activities. Here is what we got.

Much like most of the world, it appears, Bengalis too, are used to using Microsoft Windows as their operating system much more than others. A substantial 69 percent of the ecommerce activists use this OS. IOS, Android and Macintosh follow the lead with quite less percentages. 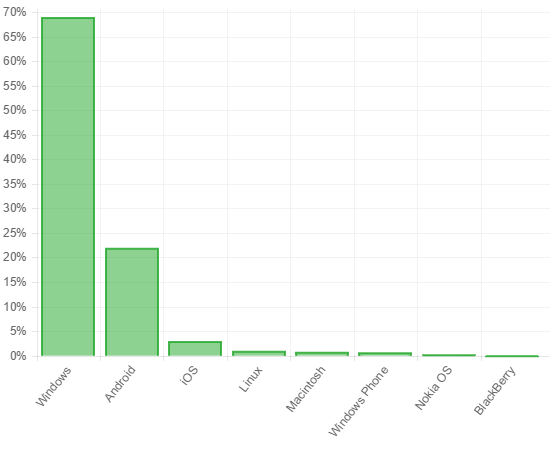 Despite being Windows OS widespread, it appears that people around the world are just not ready to use Internet explorer as their web browser. Therefore we see Firefox and Google Chrome are seen leading the chart of traffic via web browsers. Other people use android, opera and similar others. The list ends on Maxthon with 0.5 percent of total users.

However, the average duration and final conversion tells us a bit different story. It seems that people using Maxthon have definite plans in their minds while landing on an online shopping website. The following chart shows the conversion rate of each browser. 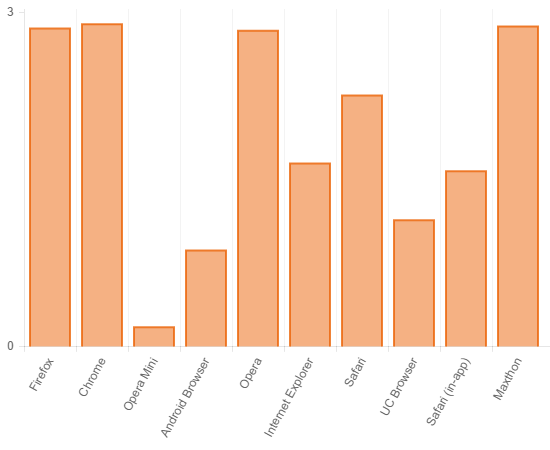 At this point it’s important to draw the difference between Safari and Safari (in-app). As the Report tells us “When a page is viewed using Mobile Safari within another app. For example, if you use the Facebook iOS app, when you click on a shared blog post, it will open the site, without passing over to the Mobile Safari app. This visit would then show as “Safari (in app)”.

The average duration comes out to be similar for Firefox, Chrome and Maxthon.

For further concerns and in-depth knowledge of the Bangladesh’s ecommerce industry, consult the report.